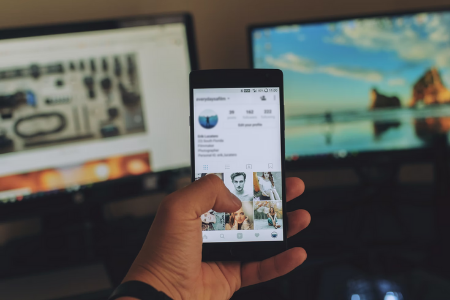 We’ve all been in situations in life where we just want a quick win, an easy fix to a solution that seems like it’s going to be a lot of tedious, hard work. We’ve all also tried to use the quick win, only to be left with a mess to clean up and all of the hard work left to do. Nightmare.

Social Media, Instagram in particular, can often seem like a lot of work to grow an account whilst putting out great content, engaging with your new community, and keeping up with all of the algorithm changes…and it is! Growing an Instagram account is difficult, so it’s natural for us to try and find a quick win or two. That’s where the problems start.

One of the most popular and also damaging “Instagram quick wins” is buying followers and likes. Today, we’re going to tell you why it’s a terrible idea, especially for a “quick win”.

It hurts engagement in the long run

The way Instagram works is it will show your posts to your followers first to see if they are engaging, and then if your post is performing well it will start to rank it highly on the explore page and hashtag pages (if you use hashtags, which you should be) to put your content in front of new users. However…

If your followers are a bunch of bought ‘robot’ accounts that don’t do anything, then your “followers” won’t be engaging with your content, and Instagram will then start to rank your content as dull, boring, and unengaging. Not good.

This means your posts will have less engagement and that puts a big hump in the road for growing your account. Not really what anyone wants for their brand’s Social Media account.

“But surely it looks good to have lots of followers on a new account right?” Well…no.

As time goes by, there are more and more people getting up to speed with Social Media, so it isn’t quite the naive landscape it once was. Older generations looking for a quick fix or simply people experimenting with Social Media for their brand could do some serious damage buying followers.

It won’t just be caught out by the Social Media managers and content creators – it will be called out by anyone that’s spent a decent amount of time on or around Social Media. This could mean friends or family could start losing faith in your brand and its authenticity quicker than you can say “I’m going to buy some followers”.

Furthermore, brands using influencers will run regular checks to make sure they aren’t wasting time and money on influencers with fake audiences, and customers will notice fake followers. If the majority of your followers aren’t from the same country as your business, hugely disproportionate engagement rates and following stats are signs that you could’ve bought some followers.

So in short, having bought followers on Social Media could absolutely destroy your brand image and set you back all the way to square one.

Speaking of being set back to square one, this is something that could happen if you buy enough Instagram followers or likes. Instagram will take a thorough look at your account, scan through your followers and those engaged with you and if they decide you’ve bought followers or likes, they can shut you down just like that.

This is the worst-case scenario, but that doesn’t mean it won’t happen. Less drastic measures from Instagram include suspending the account for a few days or security checks like a front camera test to see if you are a human! (Yes, really.)

“So, what to do if not buying followers?” I hear you say. Well, practically anything else, even learning plate spinning, is preferable. Here are a few things you can do instead of buying followers to grow your account.

Things To Do Instead

Some improvements you can make to your page without buying followers are some of the best practices that we carry out on all accounts. Such as optimising your bio, improving the quality of your content, using specific hashtags where appropriate, or using a post scheduler to get your content out there at peak times.

Another way you can get your content in front of more people is using Facebook Ads, which carries over to Instagram. Although this seems like a quick fix, it isn’t. Ads are not a primary source for Social Media business interactions and you shouldn’t prioritise these unless your organic posting is already nailed.

This can seem like a lot, and it is, but if you don’t have the time or experience to make these right yourself, there’s always skilled agencies with years of experience to help you out!

Our team are experts on Social Media with years of experience, and if you need help get in touch today to discuss what we can do for you and your online presence.